What’s New?  That’s actually a very complex question.  Perhaps you’ve heard it said that matter and energy cannot be created or destroyed.  That means that everything is just a recombination of ancient atoms and forces.  Even the sunlight of a new day is coming to us from so far away that the first beams to reach our eyes are already old.  Therefore, “there is nothing new under the sun,” to quote wise old Solomon.  ‘New’ is a concept that we’ve made up, a proposition of dualistic thinking.

Which makes it impossible for me to come up with an accurate illustration.

So, I’ll leave accuracy aside and go for poetry. 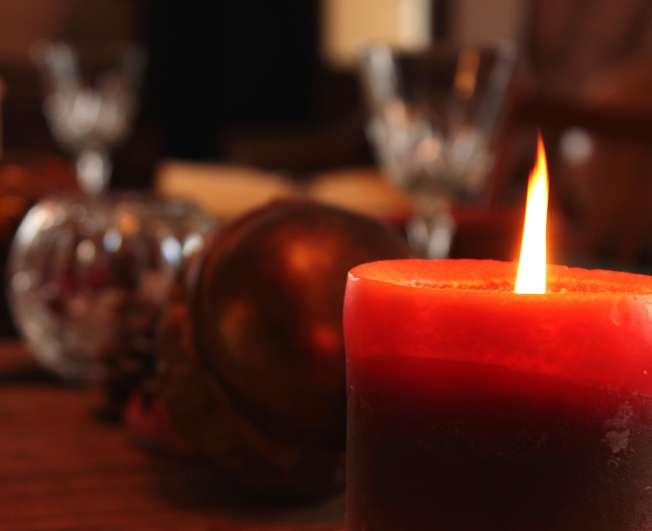 What if one day, the sun went dark and time stopped?  What if the Universe did not behave as expected?  What if meaning and existence and relationships and substance turned out to be utter nonsense?  Have you ever stared into the abyss?  Have you ever turned toward existential angst and forgotten to look away?

I’ll tell you how it felt to me on New Year’s Eve.  Steve read me a story aloud at the dinner table.  The story was Flannery O’Connor’s tale A Good Man Is Hard To Find.  I’d heard it before.  This time, as he finished, the tears began to roll down my face.  The leftover bits of caviar and salmon on the table looked like a joke.  I felt like I was dead.  And then I felt like there was very little difference between being alive and being dead.  I felt akin to all of humanity, all of its pointless suffering joy, and resigned.  The champagne stayed in the refrigerator.

Is that depressing?  Is that grace-less?  It felt new.  I’d never felt that way before.  I didn’t brush it off with a hasty grasp at consolation.  I let myself feel that mystic emptiness.  Steve said later, “Whatever doesn’t make you kill yourself, makes you stronger.”  Dark and light.  Old and new.  What brave, new world would I live in if I could embrace both?

(And if Ms. O’Connor can write a story that illustrates a feeling I’d never had before so powerfully that I’m in tears for an hour afterward, does that make her the greatest writer on the planet?  I don’t know, but she’s gotta be damn close.)

in response to the Word Press Weekly Photo Challenge.